Link to this page

Violin And Checkerboard
Order a Hand-Painted Reproduction of this Painting 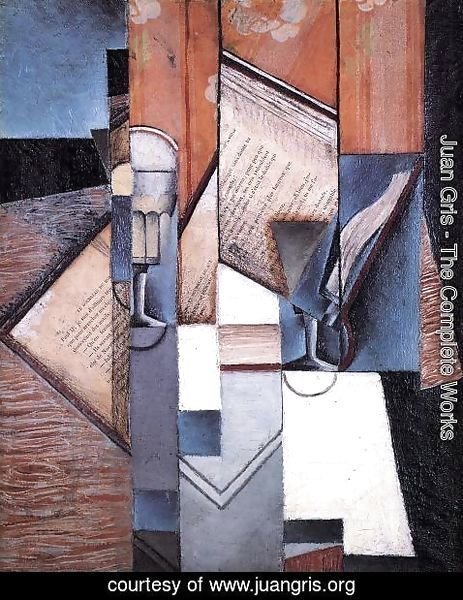 Juan Gris born in Madrid. Gris studied mechanical drawing at the Escuela de Artes y Manufacturas in Madrid from 1902 to 1904, during which time he contributed drawings to local periodicals. From 1904 to 1905 he studied painting with the academic artist José Maria Carbonero.

In 1906 he moved to Paris and became friends with Henri Matisse, Georges Braque, Fernand Léger, and in 1915 was painted by his friend, Amedeo Modigliani. In Paris, Gris followed the lead of another friend and fellow countryman, Pablo Picasso. His portrait of Picasso in 1912 is a significant early Cubist painting done by a painter other than Picasso or Georges Braque. (Although he regarded Picasso as a teacher, Gertrude Stein acknowledged that Gris "was the one person that Picasso would have willingly wiped off the map.")

Although he submitted darkly humorous illustrations to journals such as Le Rire, L'assiette au beurre, Le Charivari, and Le Cri de Paris, Gris began to paint seriously in 1910. By 1912 he had developed a personal Cubist style. 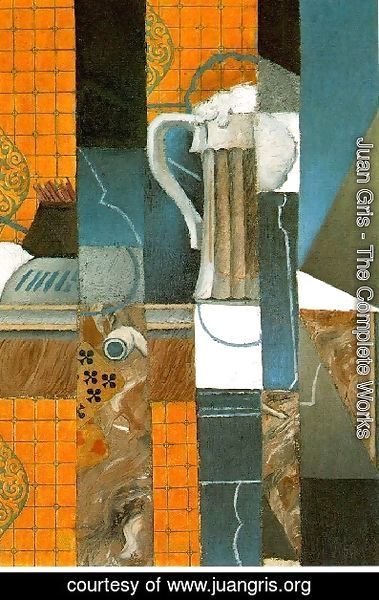 At first Gris painted in the analytic style of Cubism, but after 1913 he began his conversion to synthetic Cubism, of which he became a steadfast interpreter, with extensive use of papier collé. Unlike Picasso and Braque, whose Cubist works were monochromatic, Gris painted with bright harmonious colors in daring, novel combinations in the manner of his friend Matisse.

In 1924, he first designed ballet sets and costumes for Sergei Diaghilev and the famous Ballets Russes.

He died in Boulogne-sur-Seine (Paris) in the spring of 1927 at the age of forty, leaving a wife, Josette, and a son, Georges.

Before 2005, a Gris painting sold for more than USD69 million. (From Wikipedia)

Report an error on this page